A Holistic view to approaching Cyber Security and Cyber Crime


The Cyber Ecosystem of Internet Protocol Resources attempts to provide a more holistic and unified view to our approach to cybercrime and cybersecurity. The map below attempts to highlight a variety of different levels of people, processes, technology and physical services that make up our cyber ecosystem, so that we can start to view the internet and its borderless security problems more broadly. The cyber ecosystem touches nearly every aspect of our daily lives from political, social, to economical, all heavily dependent on technology. The challenges of the digital environment are different than those of the physical world due to distance, proximity, and anonymity, so therefore the rules and typical models for addressing these challenges simply do not work. We are in a battle of defending against cyber threats that are governed differently in regions around the globe. As we look at the wide range of challenges to cyber security, we must also stay mindful that technology has unintended consequences and that it can be used for good and bad, and at times we struggle to define the difference. Regardless of anyone’s views, my hope is that this discussion, the Cyber Ecosystem of Internet Protocol Resources, and our common conviction (to addressing this problem of cyber crime and security) can help lead to a more successful conclusion on how to get there. The Internet is borderless, its security problems are borderless, therefore, any solution must be borderless. 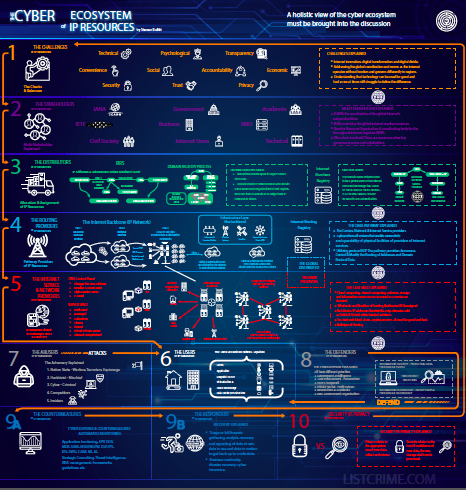 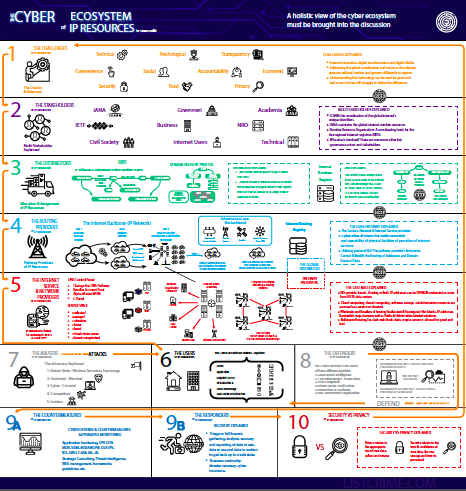 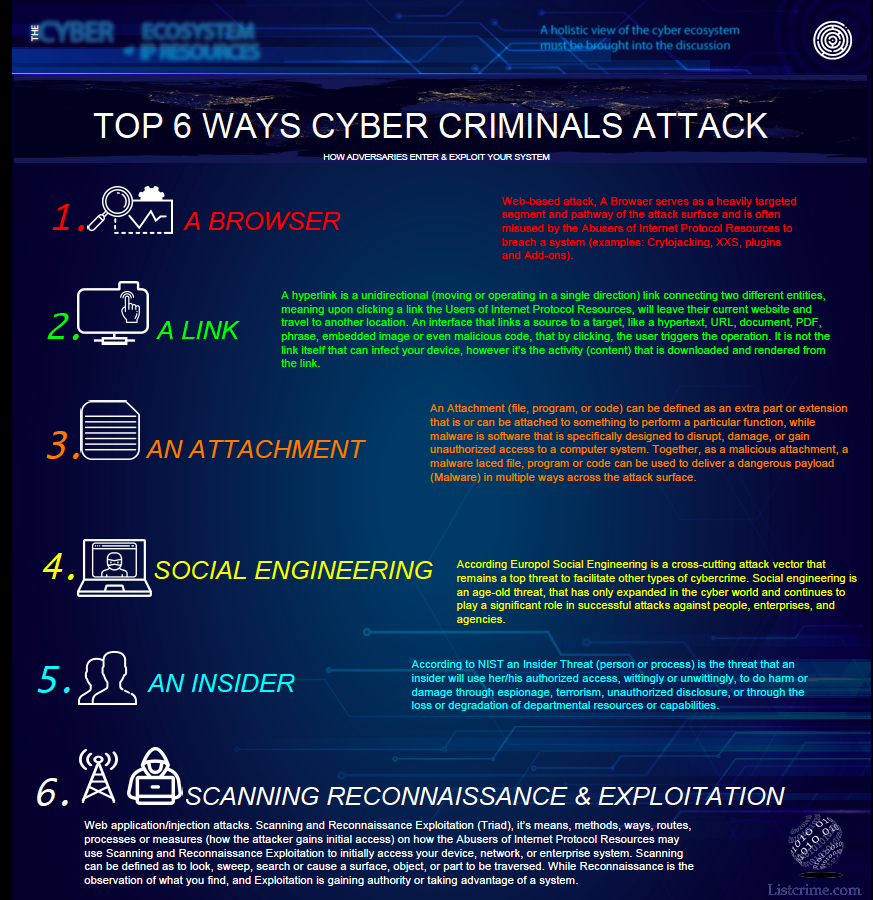 LISTCRIME is a non-profit website. We simply want to help internet users and businesses to not become victims of cybercrime.

For the most part, references within this document appear as links to the actual site that the information came from. I revert to customary referencing when citing non-www based sources. A bibliography of all sources appears at the end of each web page. If we have not properly cited a resource please email us and it will be corrected. NASA and Wiki- above source images. This disclaimer informs readers that the views, thoughts, and opinions expressed in this document belong solely to the author, and not necessarily to the author's employer, organization, committee, or other group or individual.